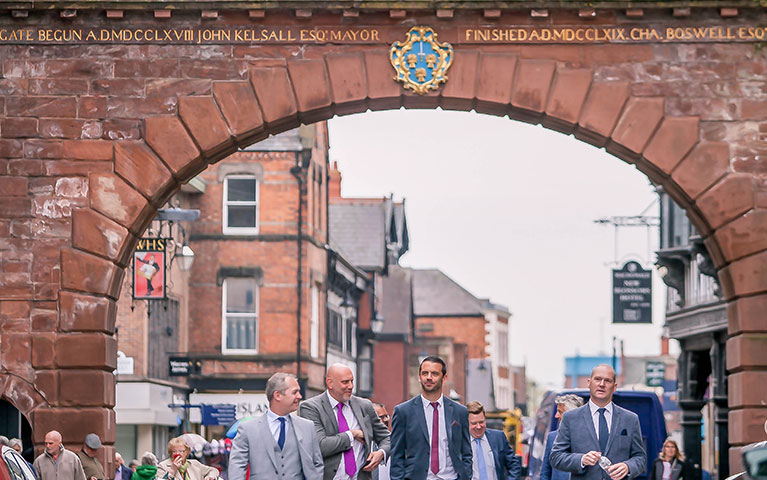 A report commissioned by Cheshire West and Chester Council and conducted by Amion Consulting to assess the economic impact of Chester Racecourse and its events held throughout the year, has concluded that the racecourse delivers significant positive economic impact to the City of Chester.
The racecourse attracts over 300,000 visitors annually at raceday fixtures and non-raceday events and the report’s findings demonstrate significant, positive impact on the local area, reporting that Chester Race Company generates £54.1 million of expenditure per annum in the local economy and supports some 974 gross Full Time Equivalent jobs. Amion’s report concludes that the Race Company delivers a net additional GVA impact of £22.2 million per annum and is responsible for 24% of employment in the recreation sector alone (within the local authority area).

Using data from a variety of sources over a 12-month period (2016) to investigate the impact felt on a variety of areas, including tourism, retail, residential and the night time economy, Amion looked at on-site racecourse expenditure, spectator/visitor expenditure ‘off-site’ in the wider economy, local supply chain expenditure associated with the operation of the Racecourse and further indirect and induced multiple effects. The report clearly demonstrates the positive impact on spend in these areas, particularly around race meetings.

The racecourse recorded a consolidated raceday income in 2016 of £22 million and the average raceday expenditure on-site, per visit, was £76 or £35 excluding admission. Off-site expenditure was also looked at, with consideration given to overnight stays and spend in bars and restaurants. It was reported that there was a limitation to use the figures published by Deloitte (£168 per attendee based on overnight racegoer status) in the Study of British Racing (2013), as many racecourses were of a lower profile than Chester. It is estimated that the racecourse generates £19.6 million of visitor expenditure in the wider economy, supporting local businesses in the City.

The employment impact felt by the racecourse is substantial. In 2016, there were 157 full-time employees working at Chester Racecourse. In addition, 1,537 casual staff were employed throughout the year, along with 7,561 agency employees during racedays. The number of agency employees equated to approximately 504 people per race day equating to a total on-site employment figure of 9,255.

Overall, in 2016, the racecourse supported a total of 375 FTE jobs on-site. After taking account of raceday and non-race day activities, off-site visitor spend is calculated to support some 391 FTE jobs, while secondary spend results in a further 230 FTE jobs. This brings the total employment impact of the racecourse to 996 FTE jobs in total, whilst it is estimated that the racecourse generates £27.1 million of GVA per annum.

Footfall figures to the city demonstrate an uplift in numbers on week day racedays and a marginal fall of 2% on Saturday racedays, whilst analysis of car park data evidence does not appear to support a reduction in the number of cars parking in the city centre on racedays. One national retailer suggested the impact of Saturday racedays had been minimal and that most people simply switch the shopping day to another in the year. The national retailer also indicated that their out of town stores in two locations nearby see an increase in trading whilst races are on, although there had been no analysis which could show the overall impact of changes in shopping patterns between different locations.

Chester Race Company have committed to supporting a traffic management system on racedays and stakeholders believed that the traffic management on race days is effective. The Race Company has a number of additional corporate social responsibility strategies to support mitigating factors on racedays including; funding raceday portaloos and bins, the funding of Raceday Assistants at various locations, street cleaning services post racing, active implementation of a Challenge 25 policy, course-wide notices about urination and alcohol consumption and a Raceday Chaplain.
Case summary findings for the 2016 Boodles May Festival demonstrate the possible coverage reach through a variety of media channels. In 2016, approximately 8.5 million people saw or heard the coverage, plus an unknown number who read about the event through newspapers, social media and online. It can be assumed that the coverage had a direct impact on raising the profile of Chester and encouraging visitors, boosting the visitor economy.

Chief Executive of Chester Race Company, Richard Thomas said: “We are delighted with the positive findings the study has revealed. The comprehensive report categorially shows that the direct financial impact on the city of Chester and surrounding area is considerable. We have recently revealed the detail behind our Masterplan 2018 and believe the financial commitment proposed by the Race Company, upwards of £100 million, will in time deliver even better returns for the local economy.

We recognise some of the negative impacts felt from racedays and we are enthusiastic about working together with the Council and other stakeholders to proactively manage the impact and perception of racedays on Chester into 2018 and beyond. The report has identified the levels of associated spend when racegoers visit the city and collectively we need to work to maximise the opportunities available, to deliver a rewarding experience, increase spend among visitors and encourage repeat visitation to the city.”

Since 2005, Chester Race Company has made continuous improvements on-site and invested over £24 million in new facilities and improvements to the visitor experience, plus £8 million in hotel development. A recent unveiling of the 2018 Masterplan further demonstrates the commitment from the Race Company to deliver a premium experience for its customers, in state of the art facilities over the coming years. A proposed £100 million investment will look to secure Chester’s position as one of the top racecourses in the UK by extending the racecourse estate with buildings which will attract events to Chester throughout the year.

Development will provide inviting public, pedestrianised spaces which will form a pleasant and safe connection between the city and the Old Port and become an extension of the city centre. A new events building will add weight to Chester Race Company’s status as a major local company employer and economic generator for the city, encouraging delegates and visitors to the city throughout the year.