Jump racing at Newbury gets a warm welcome back from Lambourn’s Henderson, Sherwood and Greatrex

Home / News / Jump racing at Newbury gets a warm welcome back from Lambourn’s Henderson, Sherwood and Greatrex 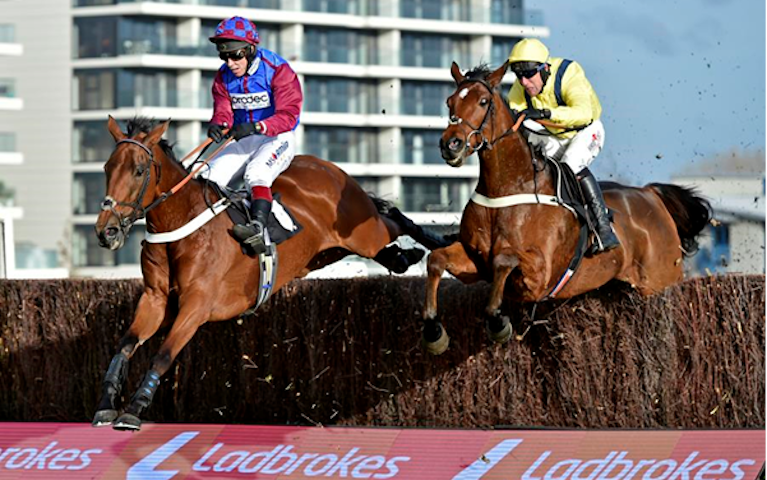 All three stables could be represented on a seven-race card which it is hoped will prove as informative a guide to the season ahead as 12 months ago when Greatrex’s top mare La Bague Au Roi beat Lostintranslation in the KKA Highpoint Beginners’ Chase and Siruh Du Lac launched an unbeaten campaign that ended in a Cheltenham Festival triumph.

Henderson has entered three horses in the Beginners’ Chase, including the exciting JP McManus-owned pair Champ, who won the Grade 1 Challow Novices’ Hurdle at Newbury last year, and Birchdale, a Grade 2 winner over hurdles.

“One of them probably will run,” said Henderson. “Obviously it’s our home track so hopefully we will have plenty of runners. Floressa will run in the Mares’ Hurdle and we could have a couple in the bumper and the novice hurdles. It’s nice to get back there. We like Newbury.”

Sherwood won the Pertemps Network Handicap Hurdle 12 months ago with Jersey Bean and could be represented this time by Listed hurdle winning mare Papagena, who happens to be owned by Dominic Burke, the chairman of Newbury Racecourse.

“The idea is to run subject to her work,” the trainer said. “Dominic owns her and bred her. She was quite progressive last year. She has summered well. I want to get her qualified for the Pertemps before moving on to other staying races for mares later on in the season.

“I’m looking forward to the new season big time. Newbury is my favourite track, it’s close to home. It’s a lovely track and it’s great that the racing is back.”

Greatrex could give a hurdles debut to bumper winner Young Lieutenant in the Agetur UK Novices’ Hurdle.

“He’s a nice horse. He was second in a point-to-point and then he ran twice for me last year, winning his second bumper at Exeter. He looked good that day. His schooling has been good and I think he is a nice horse.

“Newbury is a very important track. I’ve always been a big fan. It’s local and I think it’s probably the best track in the country. It’s fair and generally the best horse wins, there are no excuses. The ground is always very good and they do look after you well.”

The going at Newbury was good, good to soft in places on Monday, conditions that have been achieved without the requirement for watering.

Clerk of the course Keith Ottesen said: “Although it was getting very dry late in the summer, we are delighted to have had enough rain to produce some natural, really good jumping ground. We haven’t needed to do any watering.

“It is good and good to soft in places but with heavy showers we are getting nearer to good to soft all the time.”