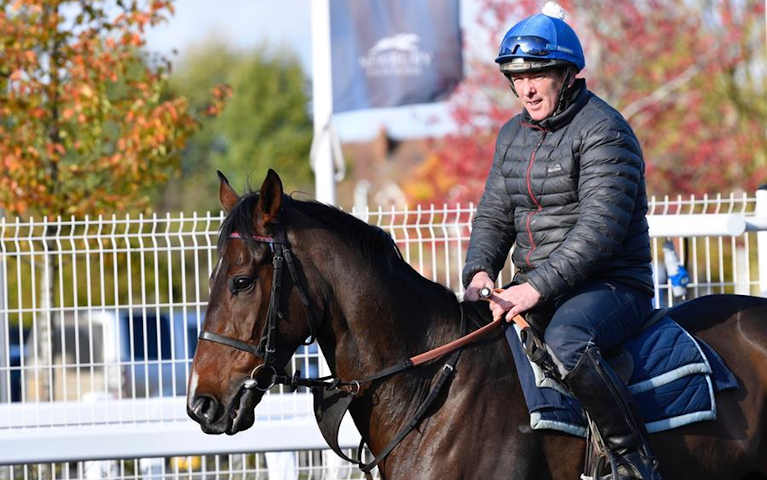 Lavelle brought Paisley Park to Newbury to get him ready for the Ladbrokes Long Distance Hurdle, to be run on the first day of the two day Ladbrokes Winter Carnival, and was delighted with the exercise.

“That was just perfect,” said Lavelle. “They went steady down the far side and Barry said he wasn’t doing a tap sitting in behind so he had to bring him upsides. He quickened up in the final mile, did everything he needed to do and was still tanking at the end.

“As much as anything today was about getting him away to have a sweat which will bring him on. In the paddock to start with he was so on his toes. To be able to bring him here to calm it all back down again was brilliant.

“He took a breath in the paddock, settled down and was so professional out on the track. He is a big unit now which was why we needed to do this today.”

Paisley Park earned a huge following last season as he completed an unbeaten campaign that culminated in victory at the Cheltenham Festival. His exploits have helped his blind owner Andrew Gemmell earn a nomination for the Owner of the Year prize in the 2019 HWPA Derby Awards.

Lavelle has mapped out a similar campaign for Paisley Park as he begins the defence of staying title.

She said: “He will come back here for the Ladbrokes Long Distance Hurdle on 29 November,  then go to Ascot, to Cheltenham for the Cleeve Hurdle, back to the Festival for the Stayers’ and then hopefully go to Punchestown. That’s the dream.”